On the centennial anniversary of the birth of artist Toshiko Takaezu (1922–2011), The Isamu Noguchi Foundation and Garden Museum announced its forthcoming major touring retrospective and monograph centered on her work and life. This will be the first nationally touring retrospective of Takaezu’s work in twenty years. To coincide with the exhibition, the Museum will publish a new monograph in association with Yale University Press.

The exhibition is organized by The Isamu Noguchi Foundation and Garden Museum, with assistance from the Toshiko Takaezu Foundation and the Takaezu family. It is co-curated by Noguchi Museum Senior Curator Dakin Hart, art historian Glenn Adamson, Noguchi Museum Assistant Curator Kate Wiener, and composer and sound artist Leilehua Lanzilotti. It will feature over 300 works from private and public collections around the country, and is tentatively scheduled to be presented first at The Noguchi Museum from February 14 to June 30, 2024.

Following its presentation at The Noguchi Museum, the exhibition will travel to three to four additional venues across the United States. Planned venues include the Cranbrook Art Museum (2024–25), the Museum of Fine Arts, Houston (2025), and the Honolulu Museum of Art (2026).

The curatorial team for the retrospective is also working on a complementary large-scale installation at the Museum of Fine Arts, Boston scheduled to open in October 2023.

The exhibition consists of a chronological retrospective that charts the development of her empirical-conceptual practice as well as several large-scale installations based on ones she made in her lifetime.

Included works span her seven-decade career, beginning in the late 1940s. Installations will focus on Takaezu’s systematic experimentation with ceramics as an art form combining sculpture and painting—at the Cranbrook Academy of Art, in her teaching years at the Cleveland Institute of Art, and in her increasingly environmental approach to ceramics and installations of her work after her move to a large studio in New Jersey (where she also taught at Princeton University). From the late 1960s on, she had unified her approach to ceramics, sculpture, and painting to consistently convey the sublimity of nature in individual pots. In addition to the ceramic works for which she is best known, the exhibition will also include rarely-seen paintings and weavings in which she explored and perfected her ideas about abstract painting.

Thematic installations based on exhibitions she presented during her lifetime will include displays inspired by her Star Series, moons, Gaea and Devastation Forest installations, and garden seats. Also included will be an interactive installation and concert program of new works by composer Anne Leilehua Lanzilotti (finalist for the 2022 Pulitzer Prize in music) centered on the hidden element of sound in Takaezu’s works. Takaezu filled many of her closed forms with “rattles,” encouraging viewers to navigate their unseen interior volumes through sound. 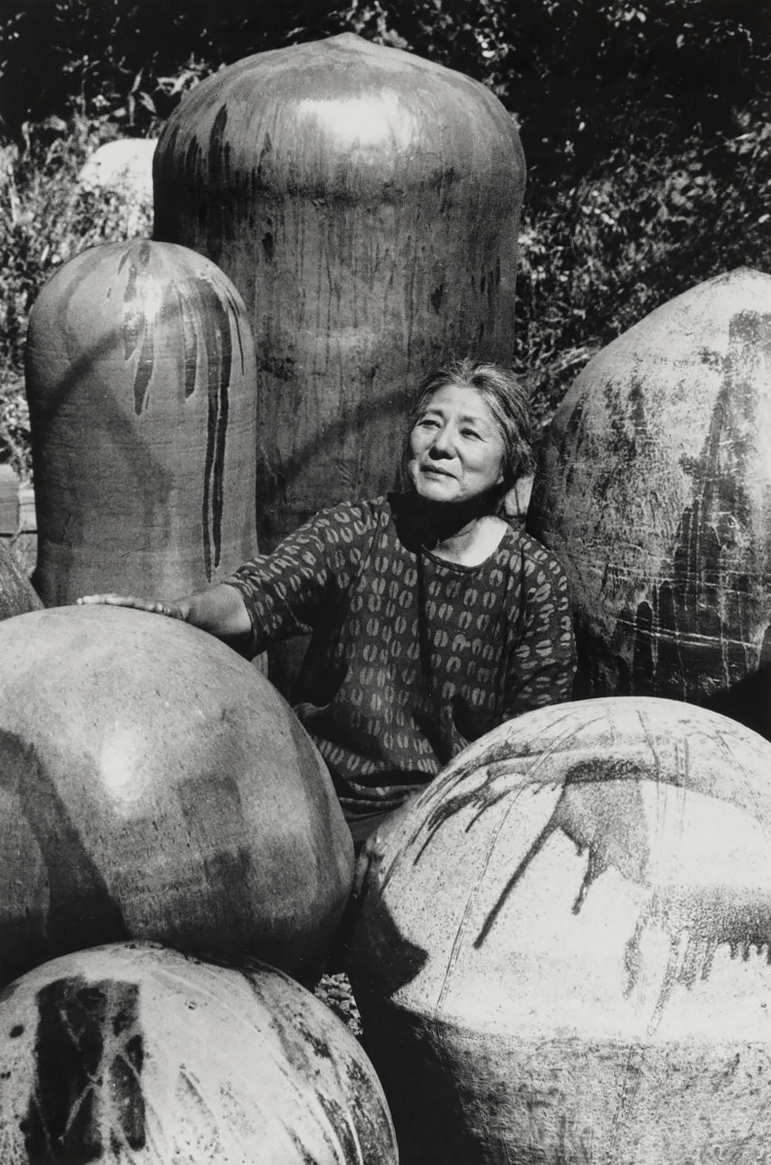 Your support will help to make this extraordinary project possible. All gifts made by July 17, 2022, up to $10,000, will be matched dollar-for-dollar by the Sands Family Foundation, doubling your impact, in an effort led by artist and former Takaezu apprentice Fitzhugh Karol.